Dutch machinery manufacturer Tobroco is stepping up its efforts to sell its Giant branded construction machinery in the UK with the incorporation of Tobroco Giant UK Ltd. 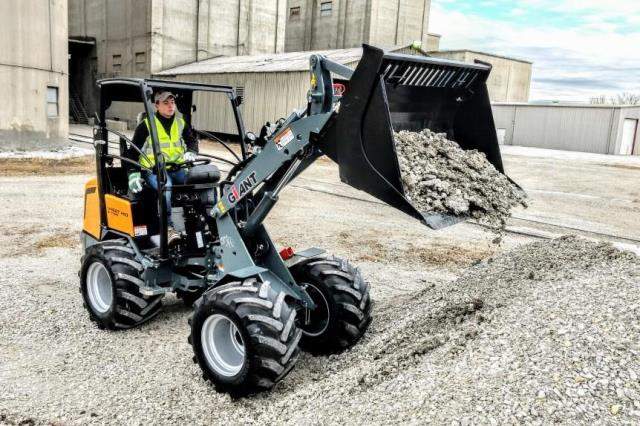 Above: A Giant wheeled loader

Tobroco Giant UK was incorporated in Kent on 9th May 2017. Tobroco, which makes wheeled loaders, telehandlers and skid steer loaders, has several dealers in the UK for the agriculture market but has so far had limited penetration in the construction industry. The new company is aiming to change that.

The directors of Tobroco Giant UK are Scott and Jennifer Worsley, who also run Kirkland UK, an agricultural equipment supplier based in Sutton Valence, near Maidstone, that sells Tobroco equipment to farmers and farming contractors.

Other Tobroco dealers across the UK are:

However, of these, only Reeds currently sells into the construction industry.

Tobroco has been manufacturing Giant machines and attachments since 1996 when it opened its first factory in the Netherlands. It currently has 36 different models, including a series of ride-one skid steer loaders.