Global demand for construction machinery is on the rise

Analysis carried out by Off-Highway Research shows that the global market for construction machinery grew by 25% in 2017 to $88 billion USD. 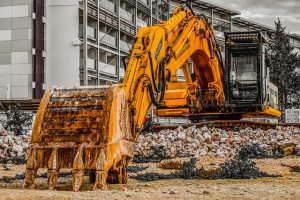 One of the biggest national market growths in 2017 was China, who came back from a slump in the number of crawler excavators purchased last year by more than doubling the number of units sold in 2016.

The market in India continued to grow by a further 10% in 2017, building on the growth of 36% in 2016, putting the demand for construction machinery at an all-time high.

Europe continued the trend of growing demand, while North America recovered well from slow sales in 2016.

Global sales are expected to grow by a further 6% in 2018, with a predicted 1 million units being sold in 2022. This is based on a massive 54% forecasted growth of the North American market over the next 5 years.